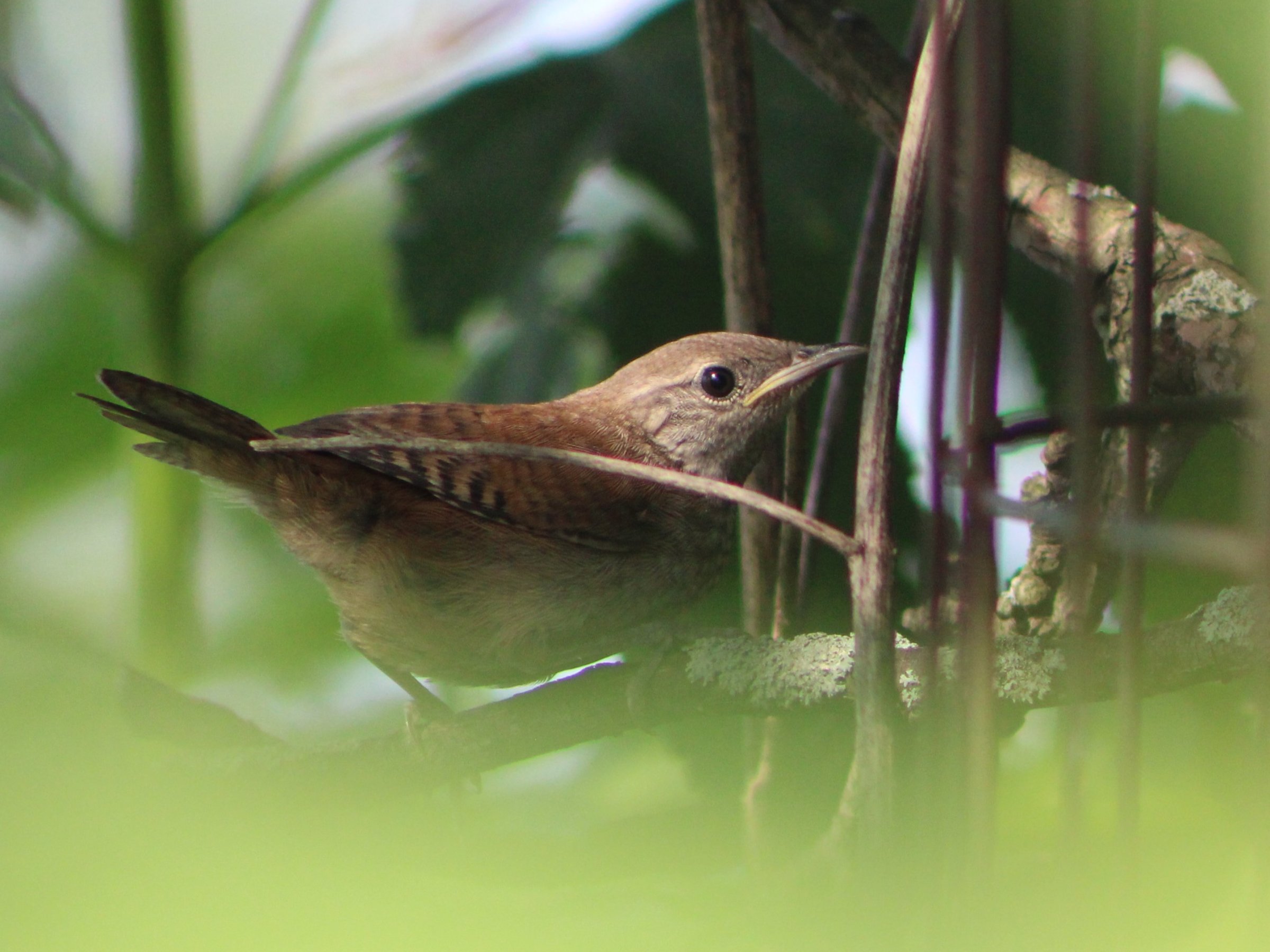 If you have read my recent ramblings about the competition between House Wrens and Bluebirds, you might believe that the little brown wren has fallen quite out of my favor. I will admit that witnessing their aggressive nature towards innocent baby chicks has seriously sparked my emotions at times. But, so does watching an African lioness take down a baby impala. Yet, if the film producer has offered thirty minutes of story line focusing on the challenges that the lions face on a daily basis, such emotions can abate fairly quickly. Nature is nature. I have nothing against the House Wren as a species that cohabitates with dozens of other species on my little piece of prairie paradise.

As an amateur photographer, I appreciate the species that make themselves known. Bluebirds, for example, are easy to film. They are beautiful and they are quite obvious as they come and go to a nest box that sits well out in the open where the sun can illuminate their loveliness. They are fairly tolerate of my presence, and as their chicks get older they tend to tolerate me, even more.

When it comes to ease of filming them, House Wren are similar to the Bluebirds. In fact, they are even better models for a budding photographer because they spend far more time standing atop their box singing a bold, melodious and nearly constant song. I have also found that as they belt out their vocals, they are highly tolerate of my position relative to their nest box. I’ve been able to take many good quality images of House Wrens.

Other species, like the Common Yellowthroat are quite common in numbers but is not easy to spot in the undergrowth where they seem to enjoy spending most of their time. They are exceedingly more challenging to see and I find very difficult to film. They flit about quickly and there are usually at least three levels of weeds, shrubs and tree branches to foil an attempt to focus directly on the little creature. Add the fact that the sunlight isn’t shining down like rain, but is sparse and uneven, it’s a true feat to capture such a bird in its natural environment. Even an average quality photograph of such a bird brings me more pleasure as a novice photographer than the image of a more easy target. You may view images I’ve taken of Common Yellowthroat Warblers HERE.

Back to the little House Wren that is so often easy to capture as it beckons me with its song, then stands relatively still on top of a post of its nest box. There’s just something less natural about a bird standing on a man-made object, than perching on a living tree branch covered in lichen. What I am talking about is the value of composition over content. The actual content of the following photos isn’t all that grand. It’s the familiar, little brown House Wren. And yet, I am extremely proud of my efforts to catch this bird in this setting. This is a matter of composition overriding content. This bird eluded me by flitting in the undergrowth of shrubs, weeds, small trees and smaller branches for minutes and I moved my camera left, right, up and down trying to follow it’s moves. Eventually, I was able to focus beyond and through many distractions in the environment and produce these few photos of the wren with a perfect glint in its eye. I am happy to share it with you.

← I Love This
Singing Field Sparrow →